Is Hong Kong a Victor or a Victim in the US-China Trade War?

“An Oxford Study that came out after the Umbrella Movement showed that out of 136 countries [polled] globally, in terms of inequality; top of the list, no surprise, was …. Swaziland where one person owned 99% of the GDP. Second on the list was a huge surprise to everybody….. because we all think that the real inequality exists in places like China, Sub-Saharan Africa, Russia, etc. But in fact, number 2 was Hong Kong, where 45 individuals or families owned 76% of the GDP. So we know exactly what's going on…”

This was a poignant quote lifted from Daniel Fung SC’s talk at the AmCham Conference entitled Global Impact: The US-China Relationship in the 21st Century held on 20th September. Daniel joined an eminent panel, flanked by Regina Ip Lau Suk-yee, GBS, JP, member of the Executive Council and Legislative Council of Hong Kong, as well as the founder and current chairperson of the New People's Party along with Steve Vickers of Steve Vickers Associates, and Mary Hui, reporter for Quartz, also joined the panel. Shibani Mahtani, South East Asia’s correspondent for the Washington Post’s moderated the panel entitled “Victor or Victim: Hong Kong’s Role between the Battling Giants” and asked a series of probing questions anchored in the Hong Kong protests and Hong Kong’s position in the US-China trade war. 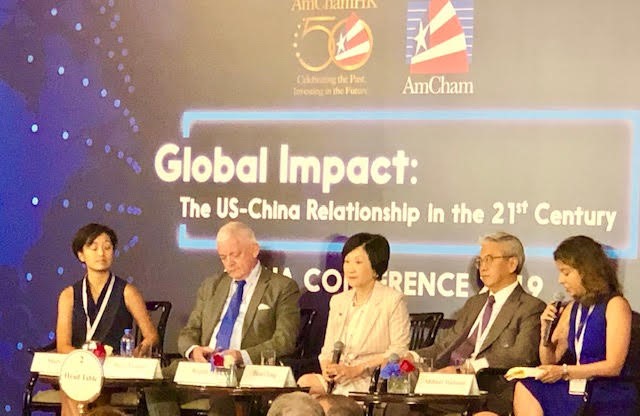 Unsurprisingly, the questions raised by the audience centered on whether and how the Gordian knot of the HK protests could be unpicked. Was the potential for a negotiated resolution dimming or was a sense of urgency going to pave the way for an accelerated approach? 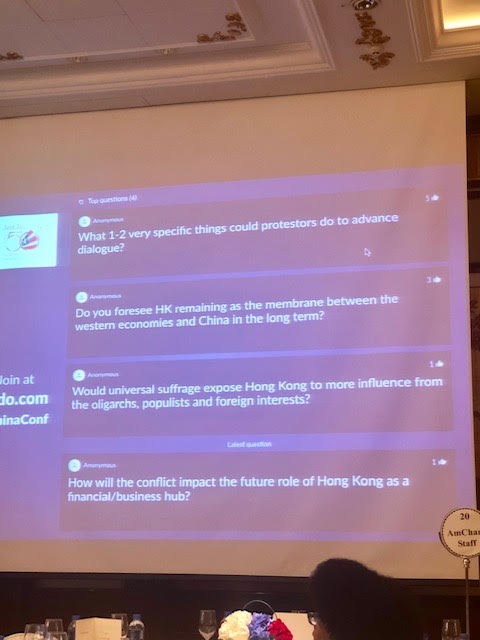 Weighing in with salient points turning on the rise and fall of China vs. Hong Kong, Regina Ip noted, “you don't have to be pro Hong Kong, and anti-China, but the lack of identification with China on the part of a lot of young people is a fact. And it's not something that is easy to fix. There is a sense,” she stated “that many of HK’s young people don't see a way forward.  There’s a… loss of hope, because of our declining competitiveness in many areas. There's a sense of China rising, and Hong Kong falling.” The solution wasn’t easy - but neither did she believe the current status to be “permanent.”

Despite noting that the “genie could not be put back in the bottle,” Daniel Fung SC was relatively more bullish about the crisis in HK than his counterparts on the panel given that as he stated, “HK has always been a win-win-win, historically; for HK, for China and for the outside world.” According to Daniel, there were ways to capitalize on the gains in the wake of the protests and indeed, gains had been made insofar as achieving concrete results by first securing the suspension of the bill and second by achieving the withdrawal of the bill. Time, was critical, he asserted, going on to say that “there was a time and tide in the affairs of men.”  In his view, there was no reason why the One country Two systems precept couldn’t continue after June 30th 2047 because China took the approach that if it ain’t broke, then don’t fix it. He maintained that “nobody argued against One Country, Two Systems except for perhaps a marginalized majority who advocate independence” – but as Daniel decried this was “pie in the sky.” Given that he was instrumental in the drafting of the Basic Law in 1985, he noted that the One Country Two systems solution didn’t mean that the lights had to go off at the stroke of midnight on 30 June 2047. There was certainly scope for One Country, Two Systems to continue.

Some split-screen thinking later emerged on the stage when Mary Hui suggested that large scale peaceful marches were a great way to express what protesters wanted given that this was a form of dialogue. Taking a different view, Steve Vickers expressed that he did not see an endgame if the marches continued and that the violence that had accompanied the protests were “disastrous” for Hong Kong. He believed that leaderless protests were unsustainable given that a leader was needed to instigate a dialogue.

Echoing this sentiment, Daniel too observed that there was an inverse relationship between the level of violence and the size of the protesting crowd  - noting that the escalating violence had to make up for the declining numbers.

Daniel’s message was an appeal to dial down the rhetoric and to “lower the temperature given that time is an effective balm.” He suggested that a Commission of Inquiry be set up as this has historically worked for HK so there was no reason it couldn’t work now. It also offered a prospective solution geared towards looking ahead and would have the desired effect of generating a dialogue which could be an effective tool to address the undercurrent that had arisen.

Listen to the video below to hear more of Daniel’s current thinking on the origins of the One Country Two Systems ‘mantra.’ 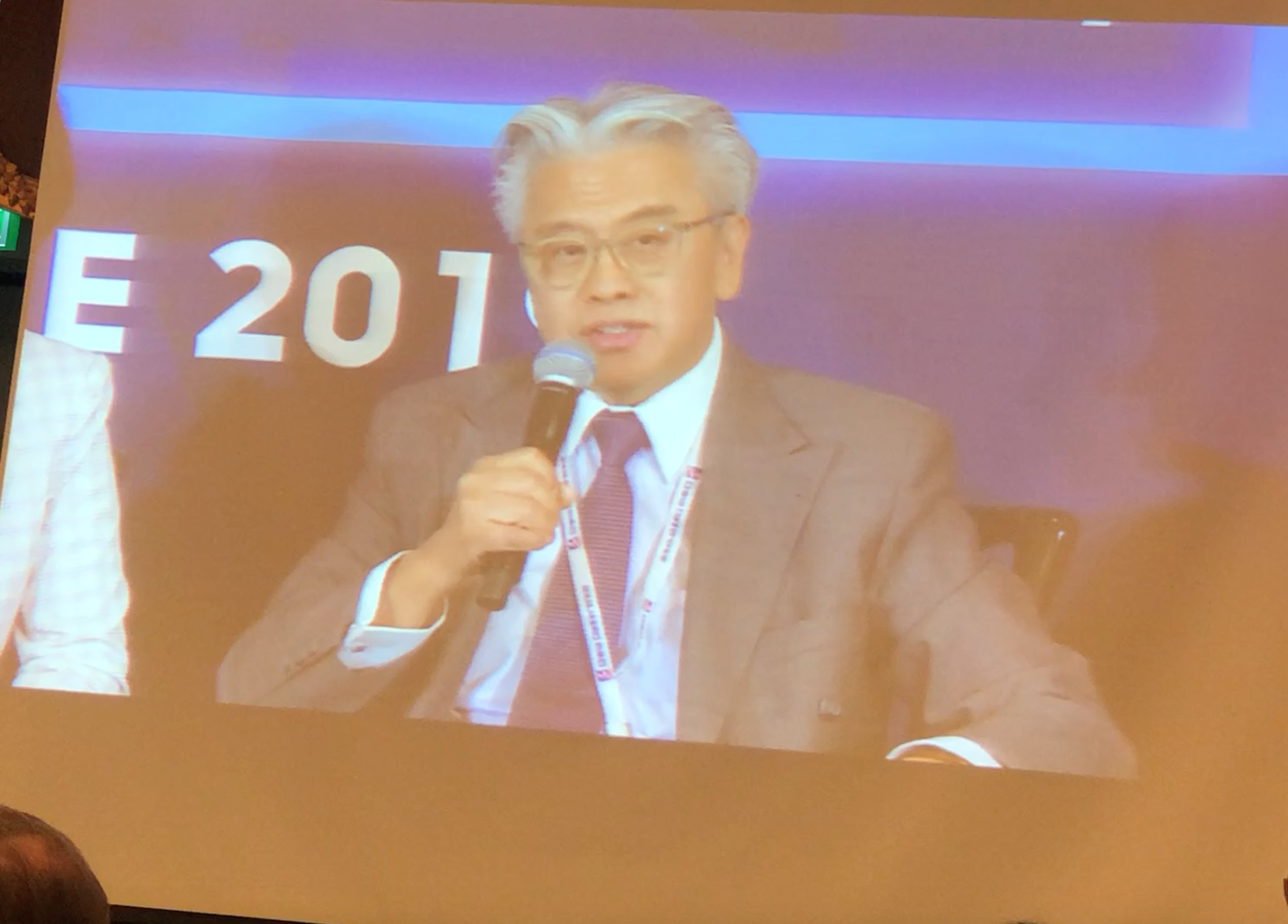 Keynote speakers at the conference included Max Baucus, former US Ambassador to China during Obama’s administration and Evan Madeiros, a former advisor to Barack Obama.

Bad faith as a ground of refusal In Hong Kong, it is almost routine for opponents in...