Such schemes are effective despite the old common law Gibbs rule (so called because it derives from the English Court of Appeal decision in Antony Gibbs & Sons v La Société Industrielle et Commerciale Des Métaux (1890) 25 QBD 399)). The Gibbs rule states that the question of whether an obligation has been discharged is governed by its proper law. The effect of the Gibbs rule is thus that creditors whose claims are governed by foreign law may, notwithstanding a Hong Kong scheme compromising their claims, enforce their claims against the company in a foreign court.

These recent cases show how the Gibbs rule can be overcome in scheme practice, namely:

(i) a foreign court’s refusal to recognise the Gibbs rule: Agrokor;

(ii) creditors’ submission to the scheme jurisdiction: Singyes and Lumena;

(iii) sufficient creditors’ support of the scheme: Singyes and Lumena.

How is the Gibbs rule relevant to the Hong Kong scheme jurisdiction?

Below is a brief review of how recent cases overcame the Gibbs rule.

Judge Glenn duly granted the recognition sought and concluded that the Gibbs rule would not prevent the US Bankruptcy Court from extending comity to the Croatian insolvency proceedings.

Judge Glenn reasoned that the Gibbs rule is premised on a misconception which is fundamentally inconsistent with insolvency principles:

Look Chan Ho criticizes the notion that insolvency proceedings should be characterized as contractual issues… [T]he Gibbs rule centers around the idea of a party’s contractual or consensual choice to be bound to a certain forum’s rules.

A theoretical and practical issue with applying such a contractual analysis in the context of insolvency proceedings, as Look Chan Ho and others argue, is that bankruptcy discharges by their very nature imply diverging from the terms of most of the debtor’s prepetition contracts. The primary disputes in a bankruptcy are ordinarily not about the rights of a single creditor against the debtor; insolvency proceedings are collective proceedings in which the rights of all creditors are determined for a slice of a pie that is not big enough to repay all creditors in full…

Additionally, as Look Chan Ho notes, framing the issue of which law should govern a creditor’s rights in a bankruptcy as a solely contractual issue between two parties overlooks orthodox English classification of bankruptcy as an in rem proceeding. The Gibbs rule’s contractual analysis seems to be based on the contractual parties’ expectations; but if parties’ expectations created the rule, is it realistic for creditors to multinational corporations to expect that, in the context of an insolvency proceeding, their contractual bargain will ultimately prevail? …

As Justice Ramesh argues, a fundamental problem with the use of the Gibbs rule in international insolvency cases is that it mischaracterizes the discharge of debt as a contractual issue, rather than as a bankruptcy or insolvency law issue…

The Court agrees with Justice Ramesh that a creditor’s autonomy is relevant in the context of an insolvency proceeding only to the extent that it does not impede the underlying public policy that governs a collective insolvency or bankruptcy proceeding.”

Prior to Agrokor­, there was a practice of adducing expert evidence to the Hong Kong Court about the possibility of Chapter 15 recognition of Hong Kong schemes (eg Re Winsway Enterprises Holdings Ltd [2017] 1 HKLRD 1). Agrokor has now rendered such practice redundant.

In considering whether to sanction the scheme, Harris J had to consider whether the scheme would be effective in England and the US.

Harris J concluded that the scheme would be substantially effective in these jurisdictions even though there was no application to the English and US court for recognition of the Hong Kong scheme. His Lordship reasoned thus:

(a) 100% of the holders of the convertible bonds had acceded to the restructuring support agreement and voted in favour of the scheme. This thus came within an exception to the Gibbs rule, namely submission to the scheme jurisdiction. Accordingly, the scheme would be effective in England.

(b) More than 99% of the holders of the notes had acceded to the restructuring support agreement and voted in favour of the scheme. The remaining creditors had not come forward and there was no reason to believe that any of them would try to enforce their pre-scheme claims in the US. Therefore the risk of adverse enforcement by a dissenting creditor in the US would be de minimis.

Lumena concerned a Hong Kong scheme compromising debts governed by Hong Kong and Mainland law; the latter accounted for about 42% of the company’s total indebtedness.

Harris J concluded that the scheme would be substantially effective on the Mainland for two reasons.

First, all of the Mainland law-governed debt was held by the Zhejiang branch of the China Development Bank (“CDB”). Although CDB’s Zhejiang branch did not attend the scheme meeting, CDB’s Hong Kong branch had voted in favour of the scheme in respect of its Hong Kong law-governed debt. Therefore, CDB had submitted to the Hong Kong scheme jurisdiction, thereby triggering the exception to the Gibbs rule mentioned above. 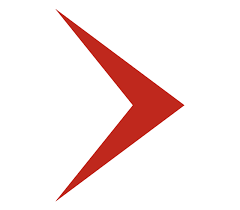 While the Gibbs rule continues to be valid in England and possibly in Hong Kong, these cases show that it often does not pose a practical obstacle to the success of international restructuring.

But the Gibbs rule does present practical inefficiencies, such as the need for parallel insolvency proceedings in different jurisdictions. Indeed DHCJ William Wong SC recently highlighted the inefficiencies of parallel schemes in Re Da Yu Financial Holdings Ltd [2019] HKCFI 2531.

Pending legislative removal or judicial abandonment of the Gibbs rule, practitioners will continue to work around this antiquated rule.