In a recent case of Mary Kay Inc. & Ors. v. Zhejiang Tmall Network Co., Ltd & Ors [2021] HKCFI 1403, [2022] HKCA 360, the Hong Kong Court of First Instance (“CFI”) and Court of Appeal (“CA”) gave insightful guidance on the boundaries of joint liability of e-commerce platforms and exhaustion of rights, in a case involving alleged “unauthorised” sale of otherwise genuine goods on the giant online platforms, Taobao and Tmtall.  The case is a timely reminder on the territorial nature of intellectual property rights.

The judgments were given on the application of the 1st to 3rd Defendants, which are operators of the e-commerce platforms generally known as “Taobao” and “Tmall”, to set aside the service out order on them and to oppose the Plaintiffs’ default judgment application, and its subsequent unsuccessful appeal to the Court of Appeal by the Plaintiffs.

The Plaintiffs are part of the US direct sale conglomerate that market skin care products under the trade marks of “Mary Kay” and “玫琳凯” through the “direct-selling” (“直销”) model, i.e. the Plaintiffs authorise direct sales representatives (“DSRs”) to market their products to individuals, who are persuaded to enrol as DSRs themselves.  While the contract terms between Mary Kay and DSRs do not expressly prohibit sale through online shopping platforms, Mary Kay maintained that sales other than in-person direct sale was prohibited.  The Plaintiffs placed several trap orders to secure evidence of their products being sold by the 4th and 5th Defendants on Tmall. but only after they were approached by the platform operators to check the veracity of their authorisation.  No evidence of sale to Hong Kong was obtained against Taobao.

The evidence shows that Tmall prides itself as a Business-to-Consumers platform that requires traders to prove that they are authorised by any trade mark owner to sell goods as an on-boarding requirement. Both platform operators have built fast-acting notice-to-take-down mechanisms to combat counterfeits upon complaint.

At the stage of the ex parte application for service out of jurisdiction on the 1st and 2nd Defendants, the Plaintiffs presented the case as an ordinary infringement action targeting internet traders and the hosts of the trading platforms selling to Hong Kong, without pointing out the following two crucial facts: (1) the products complained of are genuine products originating from the Plaintiffs, raising acute issues on the defence of “exhaustion of rights” under s.20 Trade Marks Ordinance (“TMO”); and that (2) the 1st to 3rd Defendants never sold any goods on Taobao and Tmall but are merely neutral secondary online marketplace operators, hence raising issues on the boundaries of joint liability of such e-commerce platform operators.

When faced with the application to set aside service out, the Plaintiffs postulated that Tmall, by accepting the documents tendered as part of the on-boarding requirements, had held the traders out as being authorised to sell the Mary Kay products, when they were not so authorised under the DSR contracts. The Plaintiffs also relied on the fact that some of the samples obtained on trap purchases had been “tampered” with, by their production lot codes having been obliterated by a small scratch through the shrink wrap to prevent tracing of the DSR to whom the products had been distributed.

The Court held that there is no serious issue to be tried on trade mark and passing- off allegedly committed in Hong Kong by the two traders, and that in any event the platform owners were not liable as joint tortfeasors.

The 4th and 5th Defendant’s Primary Liability – Exhaustion of Rights

Since the goods complained of are genuine products, the Court held that the defence of “exhaustion of rights” under s.20 TMO applies, despite the Plaintiffs’ contention that the condition of the products have been changed by the obliteration of production codes on the shrink-wrap packaging as described above.

Having comprehensively compared the language of s.20(2) TMO (exception to the exhaustion of rights defence) and Article 7(2) of the Trade Mark Directive in the EU and s.12(2) of the Trade Marks Act 1994 in the UK, the Court held that the Hong Kong provision is narrower in scope, which applies only if the “physical conditions of the goods” have been changed.  There was no evidence that the obliteration of the code without damaging the packaging as a whole would affect the quality of the goods inside. The Court held that in any event the “mental” condition of the goods had remained intact.

The Court also rejected the Plaintiffs’ argument that the products were not put on the market by the Plaintiffs or with their consent on the basis that the DSRs were prohibited from retailing the products, as that would be “confusing the line between contract law and trade mark law ”.

The sale from the plaintiffs to their contracted DSRs passes to the DSRs the property in the products, who are supposed to recommend the products to others potential DSRs in their capacity as users. That is the very nature of direct selling. The DSRs are themselves the ‘market’. Even taking the plaintiffs’ argument at its highest, sale to the DSRs with certain conditions on resale would still amount to a ‘conditional consent’ expressly recognised by section 20 of the TMO. The economic value of the trademark having been realised by the sale of the goods bearing the mark, the exhaustion of rights defence prevents the proprietor of the trademark from controlling the subsequent exploitation of the trademark by further sale of the goods: Samsonite IP Holdings Sarl v An Sheng Trading Pte Ltd [2017] SGHC 18.

On passing-off, the Court held that since the goods in question are genuine products, there is no deception (let alone misrepresentation made in Hong Kong). In fact, the evidence is that on the Tmall platform, the two traders specifically pointed out the codes on the products may have been removed, because they are sold at a price below the recommended price for direct sale.

The Court, in obiter, went on to apply L’Oreal SA v. eBay International AG [2009] RPC 21 and held that the 1st and 2nd Defendants were not liable as joint tortfeasors as there was no evidence of authorisation or procurement, nor any evidence of common design.  In particular, the Court observed that the 1st and 2nd Defendants were under no legal duty to prevent infringement, but instead provided a “Notice-To-Take-Down” procedure in place to combat counterfeiting, which the Plaintiffs did not take advantage of.

The CFI also identified 6 aspects of material non-disclosure by the Plaintiffs in their ex parte application for service out, including inter alia that the failure to inform the Court that the products complained of were “genuine” products, the Defendants’ reliance on the defence of exhaustion of rights, and the defence available to neutral online platform operators.

The Plaintiffs applied for leave to appeal against the CFI’s decision, which was refused by the CA.

Instead of attempting to determine whether the decision on “no serious issues to be tried” on trade mark infringement and passing-off should be upheld, the CA confined its decision on the grounds of appeal in relation to material non-disclosure, default judgment and submission to jurisdiction. These grounds alone would have determined the success or failure of the appeal.

On appeal, the Plaintiffs asserted that the Judge below has overlooked their argument on the goods not having been “put on the market by the Plaintiffs” in accepting the exhaustion of rights defence, relying heavily on the Singaporean decision of Samsonite (supra) which was cited to the judge but only at the hearing.    The CA, prudently, did not rule on the issue, stating that it would require a detailed examination of the facts in order to determine the relevant “market”, but resolved it under the head of material non-disclosure: the Plaintiffs ought to have made full and frank disclosure on whether the goods were genuine products and the potential defence of exhaustion of rights extensively debated in solicitors’ correspondence.

The failure to disclose the platform operators’ reliance on the exhaustion of rights defence and on L’Oreal v. eBay was held to be material in this case. Without having to decide on the applicability of L’Oreal v. eBay, the CA made the interesting observation that there is much force in the Defendants’ Counsel’s submission that it defies common sense to say that the more conscientious a platform operator is in protecting intellectual property rights, the easier it will fall victim to allegations of joint tort feasance from the intellectual property owner when his efforts fail to achieve their intended result.

Winnie Tam, SC appeared for the 1st to 3rd Defendants. 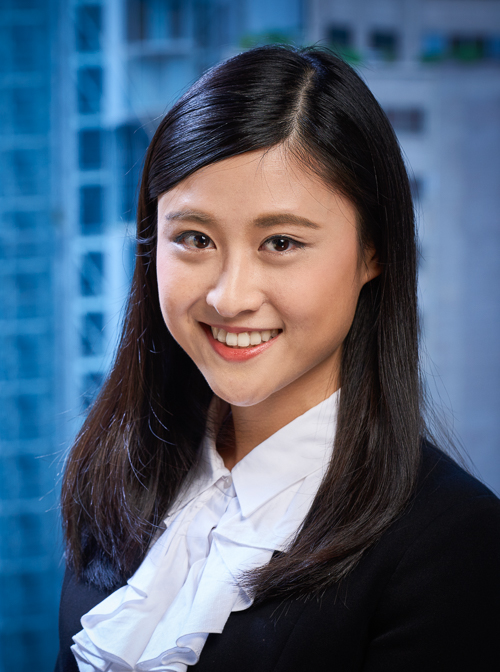