DVC's Head of Chambers, Winnie Tam SC, JP, has been appointed to one of two key decision-making bodies of the HKIAC. She joins the Appointments Committee which instrumentally appoints and confirms arbitrators, decides the number of arbitrators and determines applications to HKIAC’s Panels and List of Arbitrators.

The Standing Committee makes seminal decisions in cases under the HKIAC’s auspices under the authorisation of HKIAC’s Council. 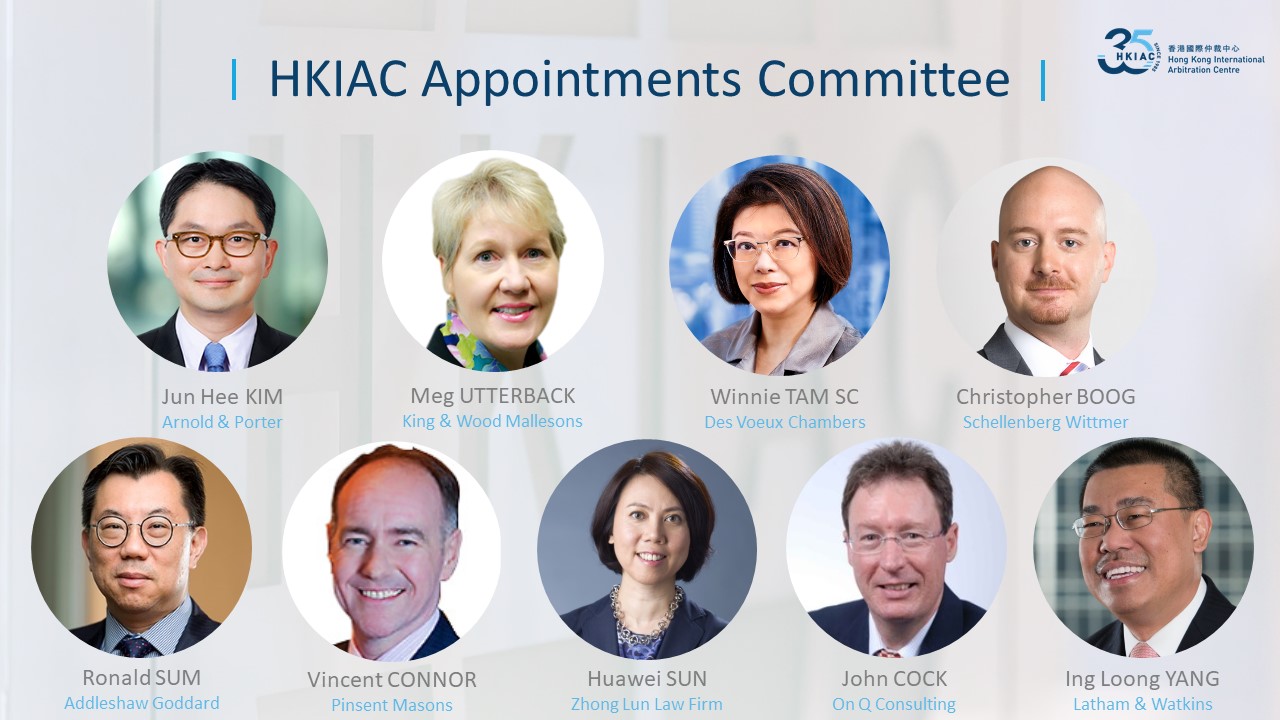