As DVC's guest speaker, he examined the Irish contribution to Hong Kong's legal and judicial system. David was uniquely positioned to explore Hong Kong's jurisprudence given the deep roots and connections that the Irish community have to Hong Kong and its history. Notably, Sir William Des Voeux served as the 10th Governor of Hong Kong between 1887-1891.

William Des Voeux, of particular interest to our members given the namesake, came from a French Huguenot family. Before becoming the 10th governor of Hong Kong in 1887, he also passed the Bar Exams.

David took us through a brief but vivid overview of William Des Voeux's contribution to HK's history sketching out the details of an indelible legacy that he left behind. This included the launch of the first girls' school in 1890 on Hollywood Road. He was also responsible for establishing the Peak Tram which provided affordable transportation for residents on the Peak. And a year before he left office, HK Electric was installed in order to provide electricity to HK island. Taking us through the hallmarks of the other Irish governors of HK, David also referenced Henry Pottinger, an Anglo-Irish soldier who became the first governor of Hong Kong. He established both ExCo and LegCo.

Over our Christmas lunch, we learnt about the significant Irish impact in Hong Kong, discovering that numerous Governors, Chief Justices, Attorney Generals, and Police Magistrates hailed from Ireland. David capped off his talk with a nod to Henry Blake - the 12th Governor of Hong Kong. He revealed that the Bauhinia, discovered in 1880 (the flower that appears on the HK flag and our currency)  was named after him as its original name is the Bauhinia Blakeana. The Bauhinia became Hong Kong's official emblem on 1 July 1997 and this is one of the most enduring symbols of the Irish influence that can still be felt in Hong Kong today. 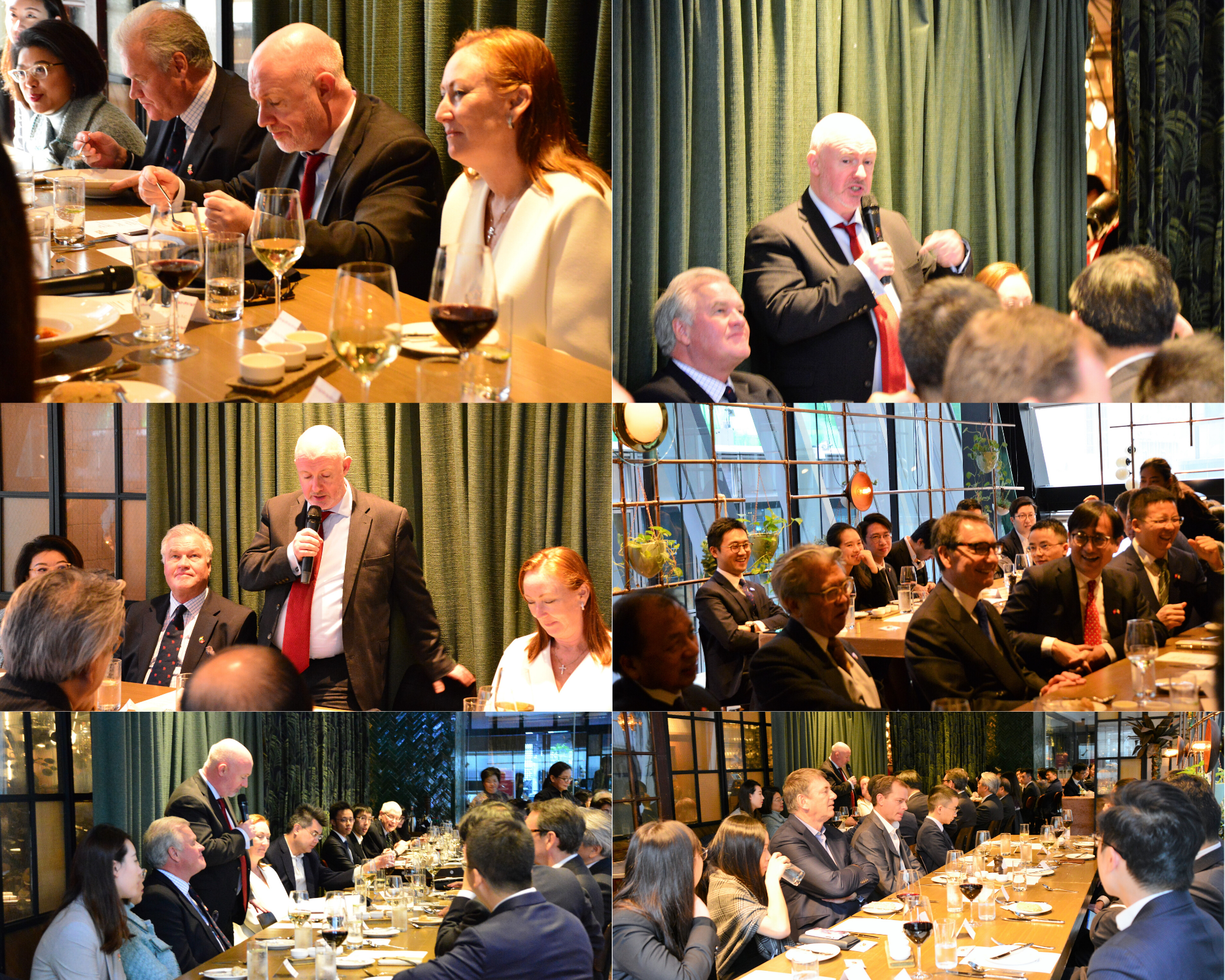