Puncturing a popular myth, Mr Justice Harris in Re FDG Electric Vehicles Limited [2020] HKCFI 2931 held that when the Hong Kong court recognises offshore provisional liquidation orders (“PL Order”), there would not be an automatic stay on proceedings in Hong Kong.

Further, any assistance granted to the offshore provisional liquidators must be restricted to assets in Hong Kong.

The decision is sound in principle and sits well with international insolvency standards.

Before FDG, a myth had been circulating that an offshore PL Order could serve to stay and stall a Hong Kong winding-up petition.

The myth arose from a misunderstanding of a general stay provision in the standard-form recognition order the Hong Kong court grants when recognising foreign insolvency proceedings.

The myth was so widespread that recently the Cayman court in Re Sun Cheong Creative Development Holdings Limited (20 October 2020) held that a Cayman PL Order “would have the effect of adjourning the HK [winding-up] Petitions”.

The myth has now vaporised after FDG.

The facts and decision in FDG

While the recognition application was on the whole fairly conventional, two matters arose for the Court’s further consideration.

First, the PLs sought a provision in the recognition order that would allow the PLs to control all direct and indirect subsidiaries of the Company (“Control Provision”).

Secondly, consistent with the standard-form recognition order, the PLs sought a general stay provision staying proceedings against the Company in Hong Kong.

Kinetic opposed the grant of the Control Provision.

The Court held as follows: The PLs would be recognised. But their powers under the recognition order to control the Company’s subsidiaries must be restricted to companies incorporated in Hong Kong. Further, no general stay provision would be granted. Instead, if the PLs would like to apply for an order staying particular proceedings, they should apply to the Companies Judge for directions.

The Court reasoned that the Control Provision sought was too broad because the PLs’ powers should be restricted to assets in Hong Kong. Subsidiaries incorporated abroad are not assets in Hong Kong because, as a matter of conflict of laws, the shareholdings in the foreign subsidiaries are located in their country of incorporation.

A case management provision would be more appropriate than a general stay provision. The erstwhile general stay provision was in fact intended to be in the nature of a case management provision, which would ensure that action would not take place in Hong Kong without the relevant parties being aware of (a) the impact of the foreign insolvency proceedings and, (b) any stay granted. The Court would need to decide on a case-by-case basis the propriety of any stay.

The Court also mentioned two considerations relevant to the propriety of any stay. The first concerns whether offshore soft-touch provisional liquidation should be treated as a collective insolvency process for all purposes. Secondly, a stay might not be appropriate if it would violate the Gibbs rule (so called because it derives from the English Court of Appeal decision in Antony Gibbs & Sons v La Société Industrielle et Commerciale Des Métaux (1890) 25 QBD 399)). The Gibbs rule states that the question of whether an obligation has been discharged is governed by its proper law.

The decision has punctured a long-standing myth that, because the Hong Kong court would recognise offshore provisional liquidation, obtaining an offshore PL Order is a convenient tool to stay and stall Hong Kong winding-up petitions.

In truth, it was never proper to use the erstwhile general stay provision to stay legitimate Hong Kong winding-up petitions. That is why the recognition order in Re Joint and Several Provisional Liquidators of China Oil Gangran Energy Group Holdings Ltd [2020] HKCFI 825 expressly carved out a pending Hong Kong winding-up petition from the general stay provision. The China Oil decision shows that the Hong Kong court’s universalist attitude must not be exploited by foreign soft-touch provisional liquidation to stonewall creditors and stall legitimate Hong Kong proceedings.

Despite the China Oil decision, the myth continued to spawn hype, as the Cayman decision in Sun Cheong shows. It is thus laudable and healthy that the FDG decision has now once and for all punctured this tired myth. In future, there will be no more general stay provision in recognition orders and thus no more confusion.

From the perspective of international insolvency standards, Mr Justice Harris’s decision is eminently correct. Where the debtor maintains only a letterbox presence offshore, the offshore PL Order is not entitled to extensive insolvency assistance (such as a general stay). The PL Order is not eligible for extensive assistance under the doctrine of modified universalism which the Hong Kong court subscribes to. Indeed the PL Order would not be eligible for recognition under the UNCITRAL Model Law on Cross-Border Insolvency which is also premised on modified universalism.

Tom Ng acted for the applicants in this case. 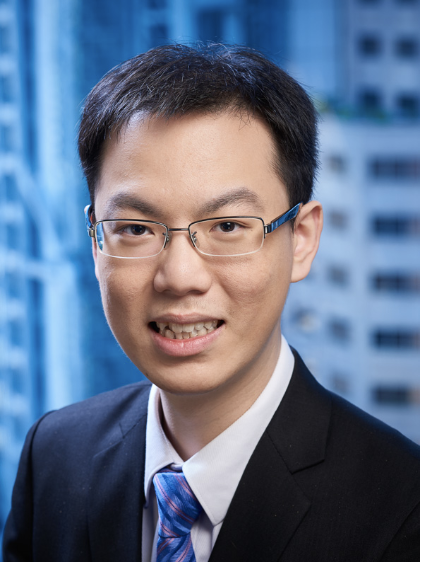