This area of law principally involves legal challenges to decisions of public bodies and continues to develop at a rapid pace.

Many members have been involved in landmark administrative and public law cases, such as the Link REIT litigation, the injunctions relating to Occupy Central, and an appeal to the Court of Final Appeal involving important questions of state immunity. Members regularly appear as independent counsel and act separately and distinctly for both applicants and respondents (i.e. the HKSAR government or public bodies) in such cases.

Members are also frequently involved in commercial judicial reviews, including acting for the Hong Kong Stock Exchange, and in various public inquiries.

He is lauded for being “pretty much the doyen of public law." He is also characterised as "a heavyweight whose submissions are highly respected by the Bench" and as "a thoughtful and effective advocate." He is renowned for a practice which spans the constitutional and administrative and general commercial law fields, winning him regular instructions from government entities and corporates alike.

He is lauded for his court craft and “has a good command of advocacy and is certainly able to explain matters to the court very succinctly." He is also praised for being "logical and practical and calm but persuasive in making submissions to the court in difficult situations." He is noted for his “impressive handling of diverse public law, commercial and chancery matters and is a counsel of choice for government entities and regulatory bodies.”

'She addresses the court's concerns in a plausible and persuasive manner.'

This silk receives plaudits for his enduring reputation as a “leading counsel in public and administrative law” and a highly skilled cross-examiner. His practice spans the constitutional and administrative and general commercial law fields, winning him regular instructions from government entities and corporates alike.

This silk is identified as an “outstanding advocate, and more specifically as a “go-to counsel for the government” in constitutional cases, “combining commercial and public law expertise,” given that “his main forte is judicial review cases with a commercial element.” He is recognised for being the counsel to consult for “what looks like a dead duck case or anything that involves extreme difficulty.”

This new silk is singled out for his “exceptional quality of...research” and “crisp, logical arguments,” underpinning “a calm and measured approach and well thought out advice.” His “versatile practice extends across the full commercial, public law and regulatory spectrum, and he is regularly active on behalf of government officials and agencies.”

This Silk is esteemed for being “an excellent strategist and a most effective advocate who knows how to package a case and what points to push.” A favoured choice in judicial review cases, he is also sought after for technology related and competition disputes.

Clearly “going places” this junior is “very good in administrative, regulatory and planning law” and is noted for “his combination of a measured approach with very quick reactions.”

One of our members is credited for “being obviously very sought after” and for “coming up with extremely persuasive arguments that no one else could think of.” Another is singled out for being a “very forceful advocate” who “will fight to the utmost for clients,” and is admired for an ability to “take on difficult cases and turn them into winners.” 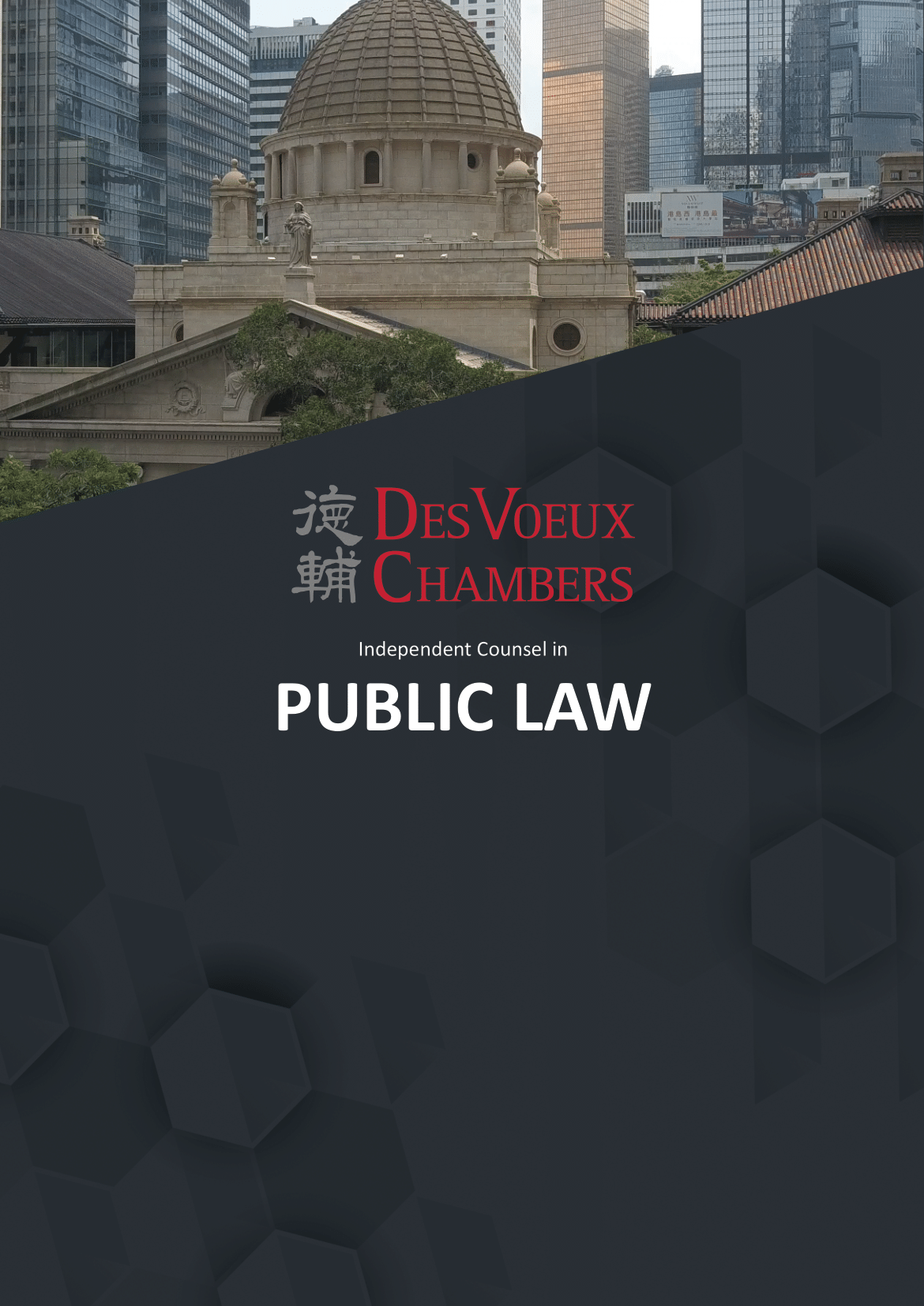